Elmhurst Milked 1925 is a dairy-free and plant-based milk alternative brand based out of New York. Although this previously dairy-selling brand has long since shut down its standard milk production facilities, they are rapidly growing to keep up with shifting consumer buying habits.

This unique and health-centric brand approached our agency looking for a full-service marketing agency that could take over their current marketing efforts and spearhead new campaigns across every channel available to them. After meeting with our strategists, Elmhurst Milked knew that we would be able to not only manage but optimize their paid advertising efforts. 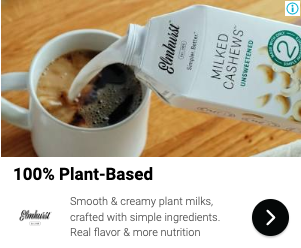 Prior to working with Groove Commerce, Elmhurst Milked was running paid ads on many popular ad platforms - namely Google, Microsoft, Facebook and Pinterest. Although these ads were attracting traffic and converting visitors, our team identified many areas that would benefit from improvements.

Our team recognized that the campaigns and ad groups already set up were not organized in a fashion that made analysis and modification unnecessarily difficult. This resulted in multiple ads from the same company competing for the exact same keywords.

Due to this client’s previous agency setting up and managing paid ads, our team identified three major areas for improvement.

This client was showing their ads to far too wide of an audience. This resulted in an excessive amount of total allocated ad spend being wasted on user and visitors who had no intention of buying dairy-free milk alternative products. Higher CPC (cost per click) will result in a higher CPA (cost per acquisition) therefore narrowing the merchant’s profit margins.

Although Elmhurst Milked did have highly relevant keywords attached to each ad group, there were numerous issues with how they were being used. Primarily, this client was not using the maximum number of keywords per ad group, which resulted in their ad being shown less frequently than it could have been. On top of that, this client was making use of all three types of keywords which are broad match, phrase match, and exact match in an unorganized way, which caused duplicate keywords and internal competition.

The final issue that our team identified was that many of the individual ads running did not use ad extensions. Ad extensions are specific ways that users can interact or convert with ads. Chosen ad extensions will vary based on your target customer as well as the product you are selling. The most key ad extension which we enabled was for real-time pricing to be shown directly on the advertisement.

Immediately after we began to work with this client, we reviewed previous and present advertising performance. This allowed us to form a baseline of information to optimize the following changes we would make.

To begin, we made sure that Elmhurst Milked was leveraging every single type of ad format that relevant platforms allowed. As an example, this included not only search and display ads for Google, but also shopping and social media advertisements as well.

After understanding the issues with the campaign structure, targeting rules and application of keywords, our team took the actions necessary to resolve those problems. This immediately decreased CPC and CPA for the client, resulting in significantly more efficient and cost-effective campaigns.

After our initial management and optimization of Elmhurst Milked’s previous ads, our team was ready to implement new creative assets.

While the iron was hot, our team began creating new advertising campaigns with fresh creative that were paired with optimized targeting rules. Additionally, our strategists formed new ad headlines, descriptions and landing pages for these new campaigns. We created new targeting rules based on demographics, time of day and interests. This ensured we showed ads to the right customers at the right time.

As a final optimization, we began using a bidding strategy known as spend flighting. This technique refers to when an advertiser has a relatively high budget allocated for one month, followed by a month with a relatively low budget.

This technique is used for two main reasons. First, merchants are able to track any long-term effects that a singular month’s worth of advertising will have in the following month. Secondly, it gives potential customers a chance to revisit the site if they were not ready to purchase while the promotion was active.

The promotion attached to this campaign was 50% + free shipping on any two-pack purchase. The results from this spend flighting experiment showed us that this client did not need to max out their advertising budget each and every month to achieve their highest rate of success.

After implementing the above strategic changes, this client saw significant increases in all relevant KPIs. In the quarter following the above changes, Elmhurst Milked 1925 saw a paid media-attributed:

Managing and building a comprehensive paid ads strategy can be difficult for brands busy running their business. Our team of specialized eCommerce paid media strategists can increase traffic, conversions and revenue for your brand. Reach out to us using the form below to speak with an eCommerce expert.